In some ways, Emily Scott is a typical 20-year-old. She goes to school, lives with her parents, and works part time. “I do office work, like filing, putting things in alphabetical order and laminating,” she says. “It’s a wonderful experience for me.”

Wonderful is a word that Scott uses a lot. Family, friends, co-workers, bowling, dance parties—all wonderful. If there were a contest for the most wonderful person in her life, Scott’s infant niece Maura would win. Her baby magic fills Scott’s heart. “I’m an aunt,” she says with pride. “I play with Maura and hold her. I’m in love with her. I will be the best aunt I can be. I promised her that.”

That promise echoes one that Scott’s parents made to her. “Emily is a determined young woman, and it’s my job to help her accomplish her goals,” Elaine Scott says. “I’m honored to be her mother.”

Many people wouldn’t see it that way. Not long ago, people with Down syndrome were shunned by their families, sequestered in institutions to live out their days. There would be none of that for Emily. On the day she was born, Elaine and John Scott decided to give their daughter the best life she could lead.

Emily began life as “Baby A,” a name that inexorably linked her to “Baby B,” her twin sister, Elizabeth, and their mother, Elaine. They share more than DNA and first initials; Emily and Elizabeth were born on Elaine’s birthday.

Before she was born, there was no sign that anything was different about Baby A. Elaine decided not to have an amniocentesis because the procedure is riskier with twins. The test also seemed unnecessary. Neither Elaine nor John had any chromosomal diseases in their family history, and they already had two sons who were born without any health issues.

Elaine carried the twins to term, delivering them in January 1997 at Bryn Mawr Hospital. John and Elaine didn’t notice anything different about Emily. “But then I looked up, and I saw five or six doctors at the end of my bed, and I knew something was wrong,” Elaine says.

The group of doctors—OB-GYNs and a pediatric neonatologist—said that, while Elizabeth was fine, Emily had the classic markers of Down syndrome. Denial was Elaine’s first reaction. “I thought, ‘Leave me alone, and let me enjoy these beautiful creatures that God gave me,’” she recalls.

Genetic testing confirmed the diagnosis. Tough news, Elaine says, but it was immediately followed by blessings. Family members and neighbors rallied around the Scotts. “There were miraculous happenings,” Elaine says. “I knew that God was watching over us. I never felt doubt or fear. My mindset was: This is the situation we have. Let’s deal with it.”

But Elaine had no idea where to start. She’d done her homework on caring for twins. But no one reads a book about Down-syndrome infants—until they have one. So John went into action mode, scouring the internet for information, and Elaine got a valuable education from Bryn Mawr Hospital’s early intervention team. Within three weeks, Emily was getting physical therapy and had been assigned a coordinator from the Arc of Chester County, a nonprofit that advocates for the rights and opportunities of people with intellectual and developmental disabilities. It was that coordinator who connected Elaine with other moms in 1998.

By then, Elaine was feeling overwhelmed and isolated. With the Arc’s help, Elaine sent a letter to moms in the area, inviting them to a meet-and-greet. Shortly thereafter, 35 women gathered for coffee in Elaine’s home. Each mom brought her Down-syndrome kid. “It was the most extraordinary play date ever,” she recalls.

From that meeting emerged the Chester County Down Syndrome Interest Group, founded by Elaine and five other moms. “We were looking for support and a way for our children to grow up in an inclusive environment,” Elaine says. “The moms were all different ages—some as young as 21 years old—but we wanted to learn from one another and have a network for our kids to know other kids with Down syndrome.”

Nineteen years later, that mom power is still going strong. The group has grown to more than 80 families. The CCDSIG hosts a wide variety of events for people with Down syndrome and their families. The annual Buddy Walk is Emily’s favorite. Held in October at West Goshen Community Park, it’s a local offshoot of the walks sponsored by the National Down Syndrome Society. “I really love doing the walk with people,” Emily says. “I can talk to them and get to know them. People should come to the walk and meet us. We are wonderful.”

Down Syndrome Myths and Facts

Thank You to Our Sponsors 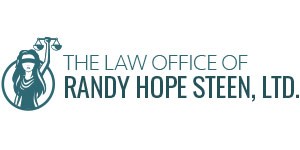